The Transit of Venus, Live and Uncut 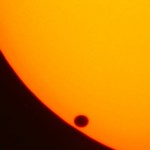 It last happened in our skies in 2004 and happens again on 5/6 June 2012 (depending on your location) but miss it and you will have to wait until 2117 for the next chance to see the elusive ‘transit of Venus’. This chance event was first seen in December 1639 by English astronomer Jeremiah Horrocks and subsequently by other astronomers who used it to change our view of the Universe. This is the last chance for anyone alive today to see Venus transit across the face of the Sun so this post will tell you all you need to know. To see if you will have clear skies where you are go to my weather forecast page

Transits of Venus occur when the Sun, Earth and Venus all line up and from our vantage point we see Venus as a tiny black spot slowly move across the fiery bright surface of the Sun. They occur in a repeating pattern with pairs of transits 8 years apart with the following pair appearing 121.5 years later and the subsequent pair after a further 105.5 years.

After the first observed transit in 1639, the transits that occurred in 1761 and 1769 received much more attention and even encouraged a certain Captain James Cook to plan expeditions across the World to study them. Their observations and those from others allowed calculations to be made of the distance between the Earth and Sun which were impressively close to today’s modern figure and set the foundations for calculating distances in the rest of the Universe.

The transit is visible on the evening of 5th June from the America’s but on the morning of the 6th June in most of Europe, Africa and western Australia. The accompanying map shows the visibility of the event which starts at 22:09 GMT and finishes at 04:49 GMT (don’t forget to adjust for daylight saving).

Anything involving observations of the Sun needs very careful consideration and a transit of Venus is no different. First, the caution; looking at the Sun, even without optical aid can and does lead to irreversible damage to the human eye. Even if the Sun is low in the sky and there is haze, there can still be dangerous levels of radiation that can cause damage. However, there are safe ways you can observe the Sun and you can even use a simple pair of binoculars to witness this once in a lifetime chance.

If it is cloudy where you are then NASA have arranged for some live webcasts to allow those with no chance of seeing the event to be able to watch it across the Internet. You can access one of their live links here. If you do plan to watch this rare once in a lifetime event live then please be careful but however you choose to witness it, don’t forget how it was an event just like this that changed our view of the Universe.

This author hasn't written their bio yet.
markthompson has contributed 38 entries to our website, so far.View entries by markthompson 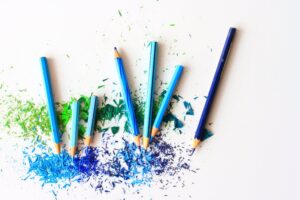 I was watching yet another re-run of Armageddon the other[...]

Lookout for the Leonids!

Every year around mid-November astronomers around the globe turn their[...]