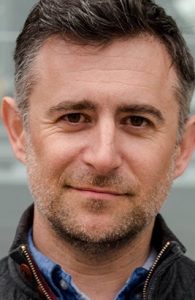 UK attempt to smash the World Record for the longest lecture by astronomer and STEM broadcaster and author, Mark Thompson

In October 2015 Mark produced and performed a charity fund raising 24 hour space lectures.  Four years on and fully recovered from the physical and mental challenge he is now setting his sights on attempting to break the World Record for the longest lecture. The current record was set in 2014 by Arvind Mishra from the Graphic Era University in India who lectured for 139 hours, 42 minutes and 56 seconds on Scientific Computation. That’s the equivalent of lecturing for over FIVE AND A HALF DAYS!

During the Norwich Science Festival in Oct 2019, Mark went two nights without sleep to test his ability to lecture when sleep deprived and after 58 hours awake performed a one hour lecture.  His warm-up lecture “Introduction to the Universe – Sleep Not Essential” went without a hitch despite referring to ‘hedrogen’ when talking about hydrogen, helium and stellar evolution! When asked how the lecture went Simon Fox from the Youth STEMM award reported “Disappointingly Slick!”.   It seems Mark has the psychological stamina to try and smash the World Record so the attempt is on….

Mark is one of the Barnardo’s ambassadors and as someone who got interested in science as a ten year old boy when he saw Saturn through a telescope, he believes in Barnardo’s motto ‘Believe in Children’ so this world record attempt will be dedicated to Barnardo’s children everywhere and raise thousands of pounds for his favourite charity.

Donations can be made on the Just Giving page for the event.

Due to Covid19 Mark’s World Record attempt is to be rescheduled. As soon as another date has been set the countdown clock will be reset

Life in the Universe

The Middle of the Solar System

Hear how Mark got on in his one hour warm-up lecture after 60 hours of no sleep!

Mark’s world record attempt will now not start on 12 September 2020 due to Covid19. As soon as a revised date has been identified it will be announced here. Check back here for updates and follow the official accounts on twitter at @gwrlecture or Instagram @markthompsonastronomer