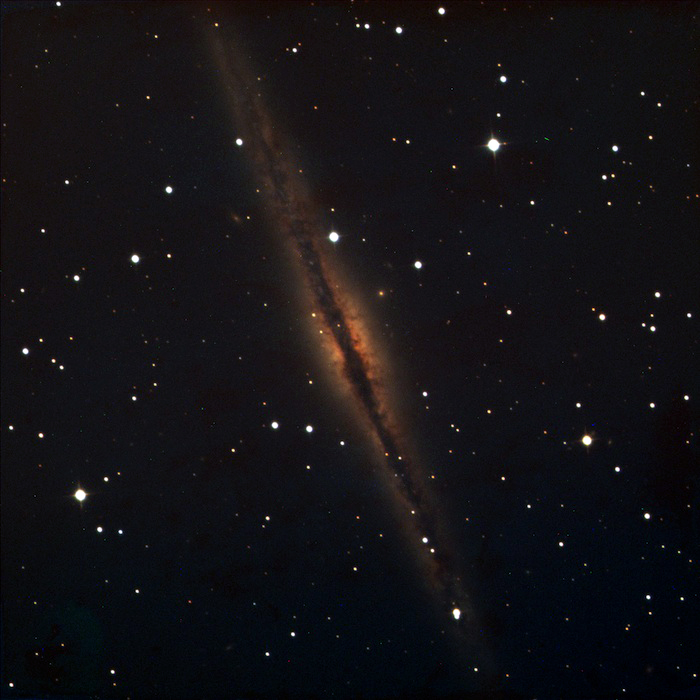 NGC891 (in Andromeda) is a spiral galaxy about 30 million light years away. This means the light making up this image left the object 30 million years ago! 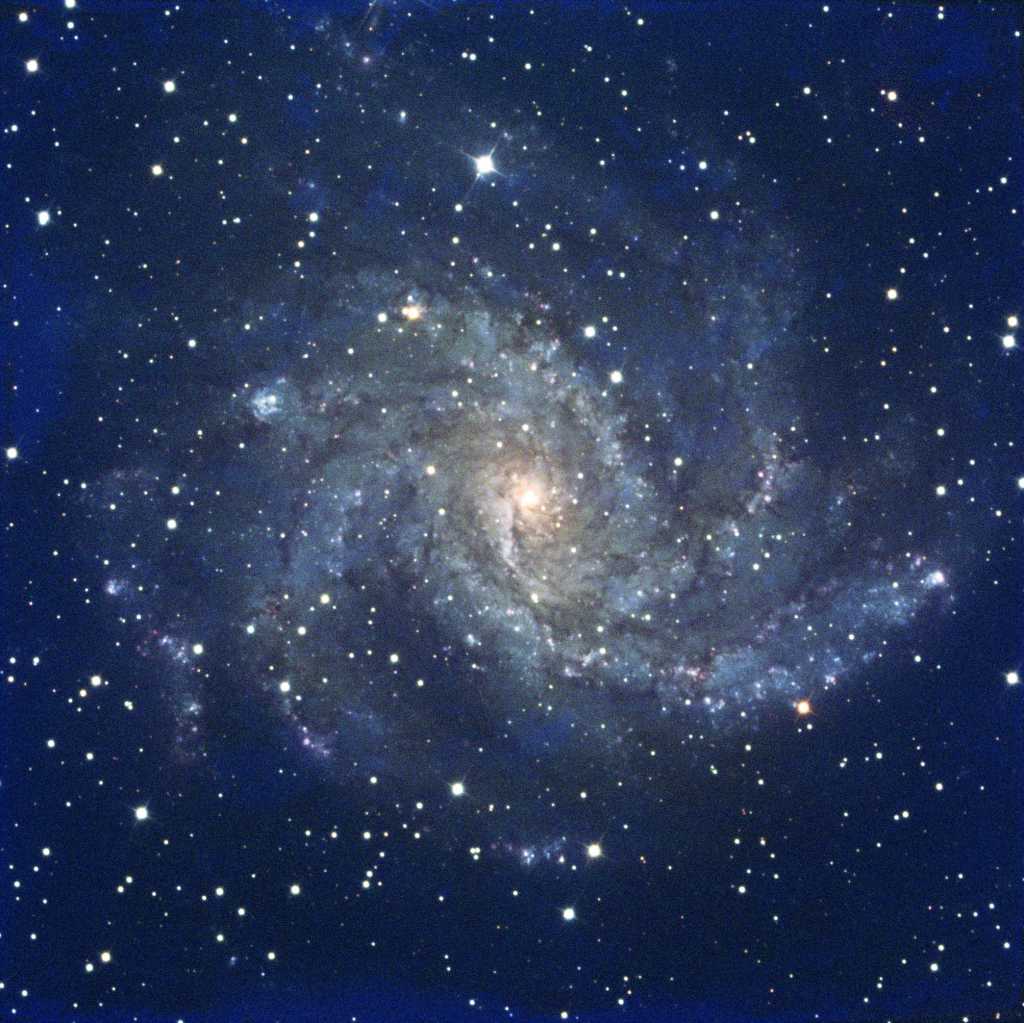 NGC6946 (in Cepheus) is a spiral galaxy 22 million light years away and is found between Cepheus and Cygnus. Full colour image, 120 second exposure using RGB filter combination on the Faulkes North 2m telescope 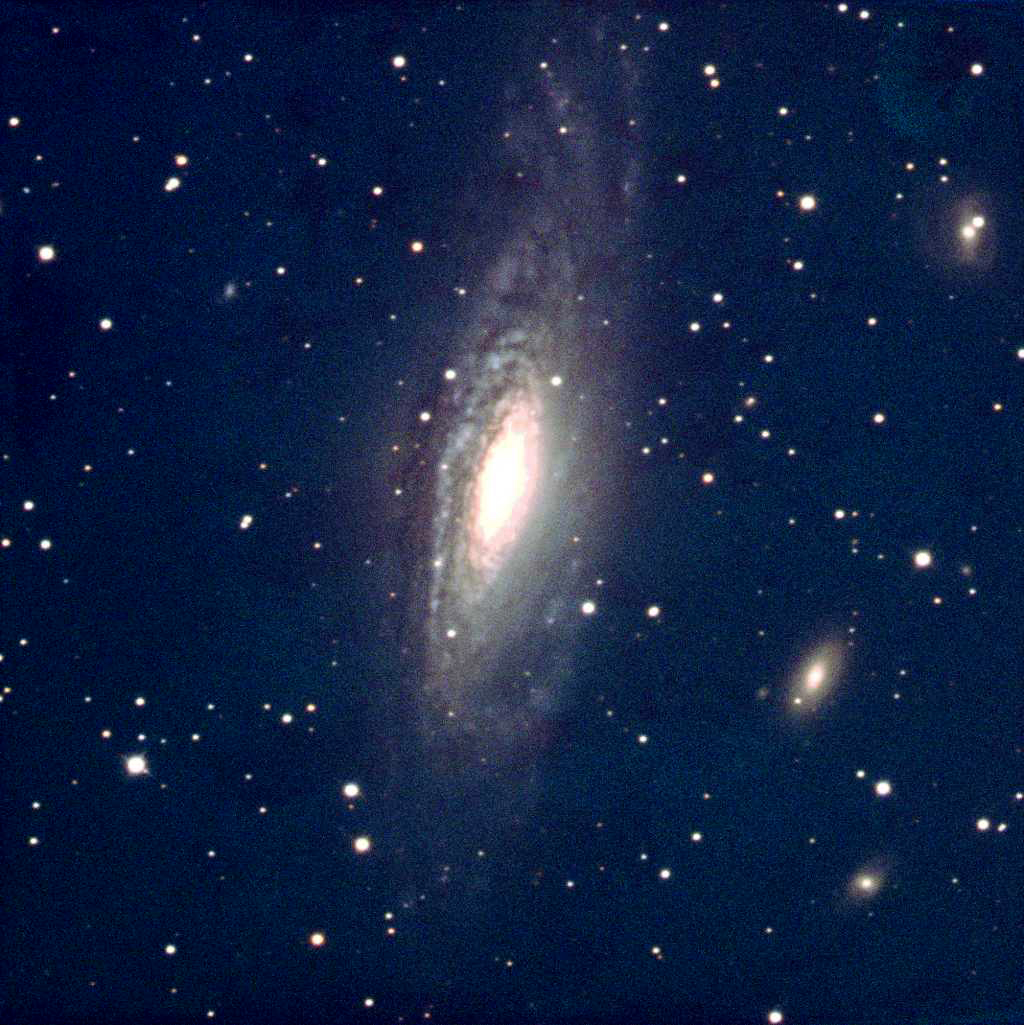 NGC7331 (in Pegasus) is similar in shape and size to our own Milky Way galaxy. The curious thing about this galaxy is that its central bulge seems to rotate in the opposite direction to the rest of the galaxy, unlike most others where the rotation is in the same direction 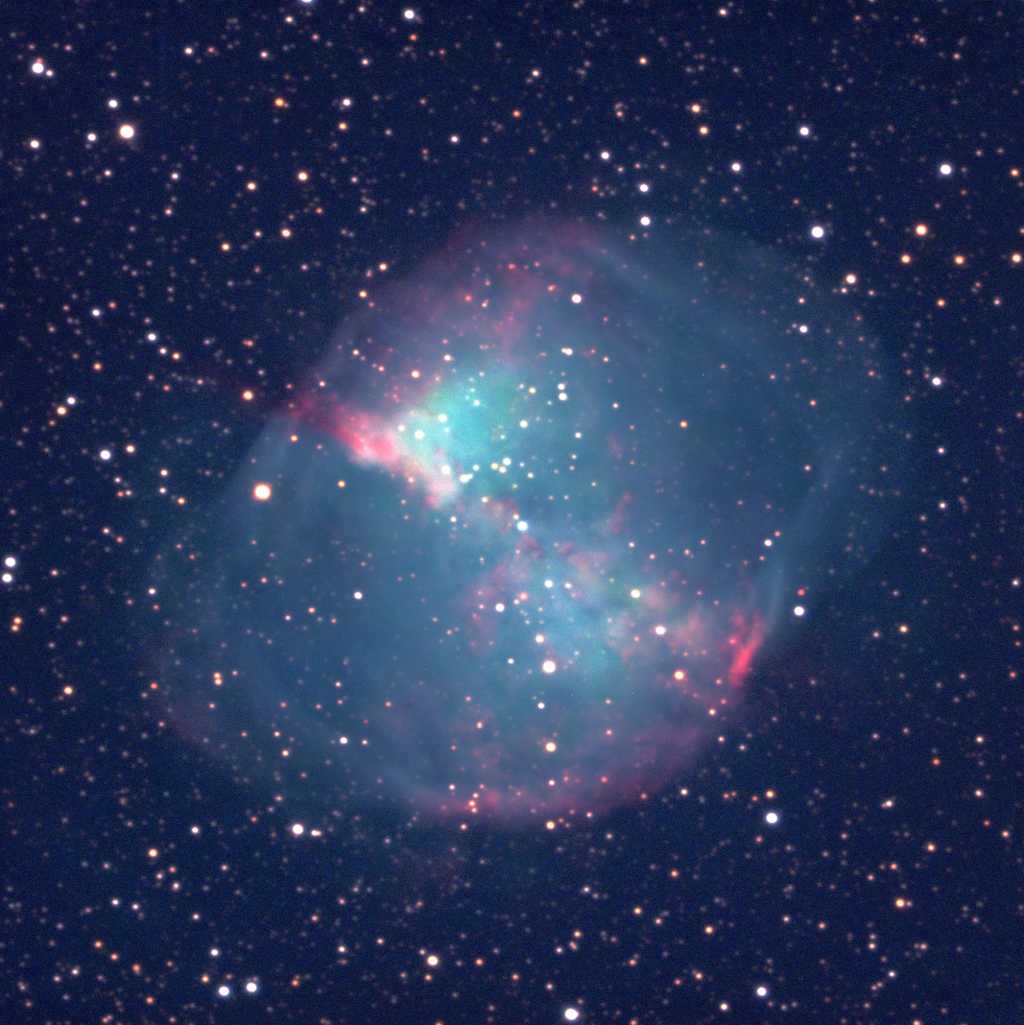 M27, the Dumbbell Nebula (in Vulpecula) is the remains of a star who's life ended some 14,000 years ago. Since then, the material that the star was made of has been slowly expanding out into space and will, in many millions of years time, lead to the formation of the next generation of stars. 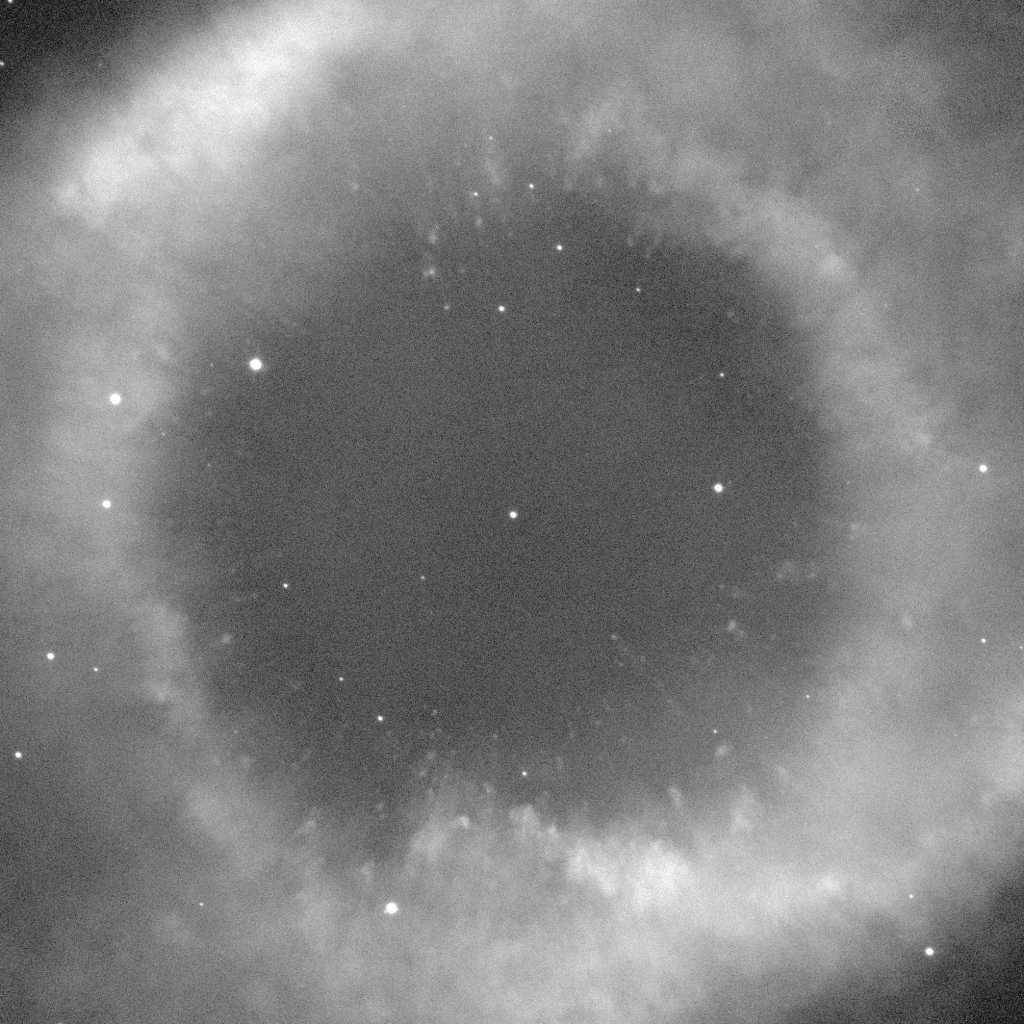 NGC7293 otherwise known as the Helix Nebula is located in the constellation Aquarius. Its estimated to be 700 light years away and marks the end of the life of a fairly average star. The rate of expansion of the gas suggests the star died about 10,600 years ago. Image taken through H-alpha filter. 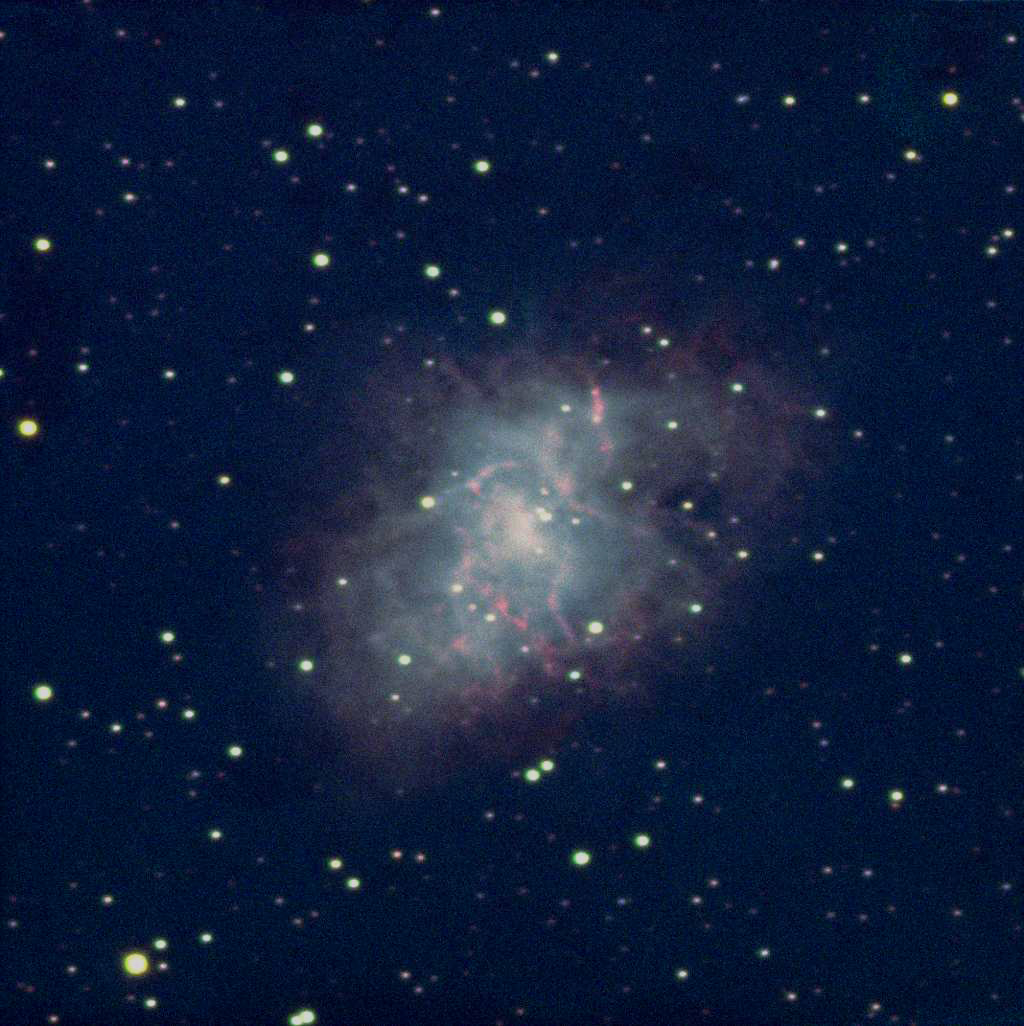 M1, the Crab Nebula found in Taurus, is the remains of a massive star that exploded around 1054. The delicate filaments are the remains of the star that will slowly, over millions of years expand out into space, ultimately providing the material for the formation of the next generation of stars. 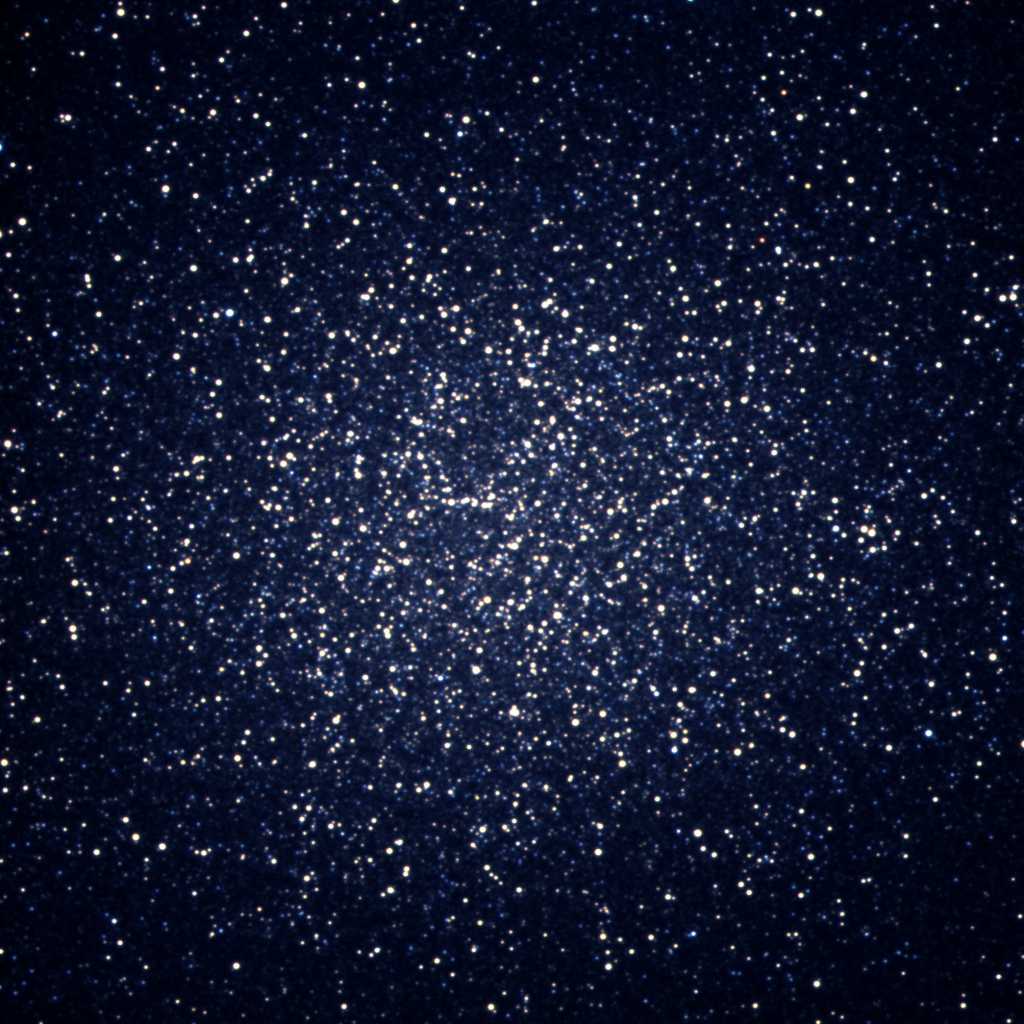