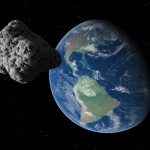 I was watching yet another re-run of Armageddon the other night when the heroic Bruce Willis and his motley crew of oil drillers-turned-astronauts saved Earth from certain asteroid doom. Yet we are forced to consider our delicate position in very real terms when the Lincoln Near Earth Asteroid Research (LINEAR) project discovered an asteroid called 2011 MD. It was heading straight toward us and we only had four days notice.

Working from their base in New Mexico, the LINEAR team uses automated one-meter ground based telescopes to probe the skies for so-called near-Earth object (NEO) threats. The discovery of 2011 MD on Wednesday goes to show that we need to get better at identifying potential asteroid threats, investing more money and time into projects like LINEAR. The more time we have, the greater chance there is of us being able to do something about it.

Surprisingly, NEOs are more common than you think with around 8,000 known. This newly discovered interplanetary interloper is thought to measure no more than 20 meters wide, making it no real threat — but it’s a warning all the same.

If 2011 MD did hit us, then it would more than likely break up in the atmosphere and give us an amazing display of fireballs and meteors. As it turns out, it will sail harmlessly by at a butt-clenchingly close distance of only 12,000 kilometers (7,500 miles), 32 times closer than the moon, and closer than geosynchronous satellites.

The moment of closest approach will occur on Monday, June 27 at 17:00 UTC somewhere over the South Atlantic Ocean. Its visibility will be severely limited, but amateur astronomers in Australia and New Zealand should be able to track 2011 MD in the night sky just before closest approach.

I was lucky enough to have access to the Faulkes Telescope system which has two multi-million pound robotic telescopes available across the Internet. One is based in Hawaii and the other in Australia, perfect. After a frantic 30 minutes chasing the 2011MD across the sky I managed to grab this 10 second black and white image clearly showing its fast speed across the sky as it approached. At the time of the image, it was travelling across the sky at a rate of 1/20th of a degree per min (fast!) Later in the day at the moment of closest approach it was travelling at a staggering 1.1 degrees per min (a heck of a lot faster!) 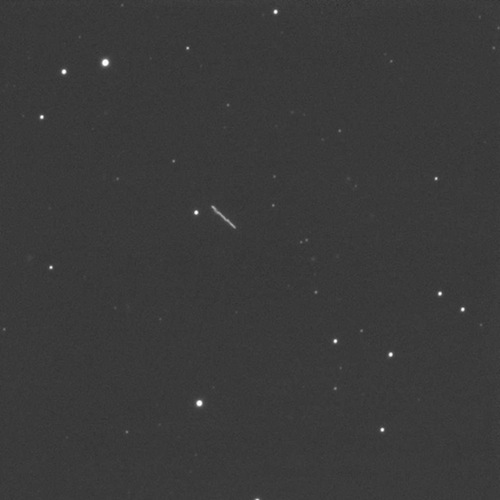 I wanted to try a neat little trick and take a colour image of the fast moving asteroid next which I hoped would produce a rather curious affect. When astronomers take colour images of the sky, they don’t just use a colour camera, instead, we take a black and white picture through a red filter, another through a green filter and a third through a blue filter. These are then all recombined to produce the final colour image. We do this to maximise the resolution we get in the picture. When imaging the asteroid though, because of its fast speed it would be moving in between the 20 second exposures of each colour and, by the time the filter changed and the next exposure started, it would be in a completely different place! A great effect as you can see. 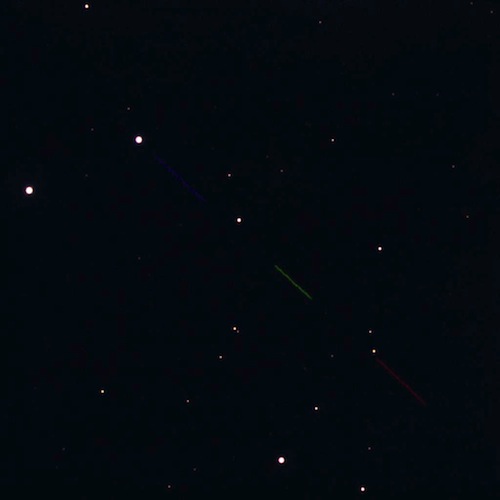